iHeartRadio On the Verge: #NewMusicTuesday with Conrad Sewell

Each week, iHeartRadio On the Verge is bringing you a new, fresh find to rock out to. This week’s #NewMusicTuesday artist on the rise is: Conrad Sewell. 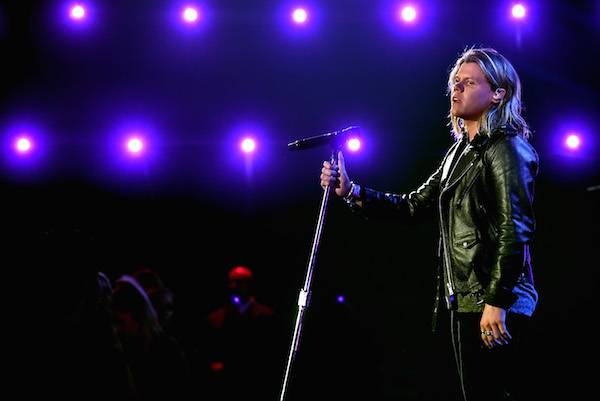 It’s been a crazy few weeks of music, with everyone from Beyonce to Justin Timberlake dropping new tracks. But what the spring and summer music scene is really great for is discovering the next generation of musical powerhouses. One such star on the rise is Conrad Sewell. The Aussie import was first thrust into the spotlight when he was featured on Kygo’s “Firestone” — a global phenomenon, topping charts around the world - and he began opening on tours for some of the biggest artists in the game, including Ed Sheeran and Maroon 5 as well as joining a few stops on our 2015 iHeartRadio Jingle Ball Tour. Now with his debut EP All I Know, Conrad is proving he’s more than just a one hit wonder, with irresistible tracks like “Hold Me Up” and “Remind Me.” Conrad recently performed live on the Honda Stage at the iHeartRadio Theater with sister Grace, and we have to say, this young artist has some serious star power. So kick your week off right and rock out with Conrad Sewell Radio and check out his live performance below!

Want to be the first to hear the next big thing in music? Check back here each week for #NewMusicTuesday to discover the hottest On The Verge artists playing all week on iHeartRadio.